The European Commission has updated the tab of Spain in the european monitoring centre NIFO on alignment with the european framework for interoperability.

At the theoretical level, it was pointed out that the alignment is complete in relation to the ‘ governance ’, ‘ principles ’ and ‘ interoperability ’ agreements; and almost entirely ‘ conceptual model ’ and ‘ levels of interoperability ’. While at the level of implementation and monitoring are recognized multiple examples of practical implementation of the two.

The Observatory of the National Frameworks of Interoperability, NIFO , has developed an analytical model designed to show the situation in the field of interoperability of 32 european countries; the model includes a new tool that allows the comparative analysis of the situation of several countries.

Work relating to the study on the situation of interoperability in Europe have resulted inter alia results to a new version of the tab overview of the alignment of Spain in connection with the European Interoperability framework since the theoretical perspectives and implementation and monitoring. 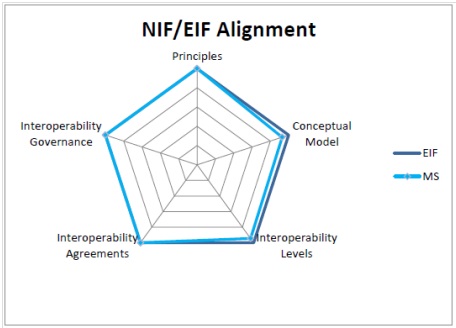 Secondly, with respect to the prospects for implementation the sign on notes that the alignment is complete and recognizes multiple examples of practical implementation in all dimensions. 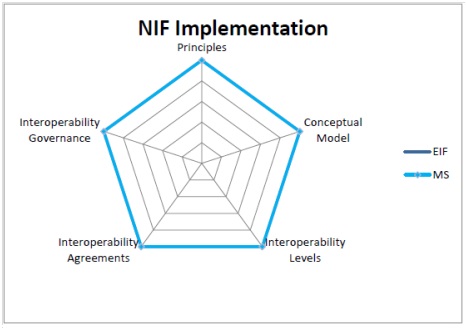 Thirdly, the analysis from the perspective of monitoring the handgrip shows that all the dimensions and stresses in the examples Observatory of electronic administration OBSAE 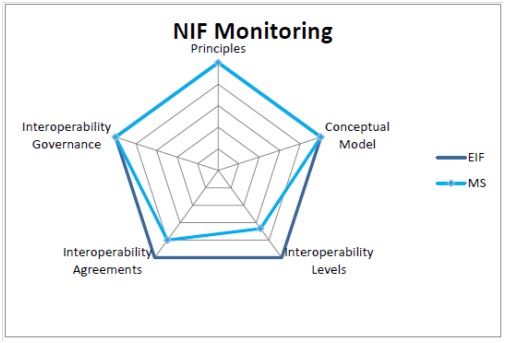 The tab check in detail the relationship between the National Interoperability with the European Interoperability framework with reference to the technical standards for interoperability and infrastructure and common services such as SARA network and its link with the european network TESTA , Electronic identity card , Beijing platform for Brokering , SIA , the beijing platform for validation of electronic signature @Firma , System of record linkage SIR , Única EUGO window , Accept , Centre for transfer of technology PTT , Observatory of E-government the portal and reuse of public sector information datos.gob.es

My country is first and foremost, as can be verified through the aforementioned NIFO analytical tool, thanks to the previous actions developed in the light of the state of art and the main actors on interoperability from the european union, of the national and international standardization, as well as similar proceedings in other countries, bearing in mind that our infrastructure and common services systematically provide liaison with counterparts in the instruments At european level.

the follow-up by european countries of the following issues:

For each country develops a page from analysis of interoperability framework and related activities through an analytical model which aims to show the status of art.