Crue-TIC delivered last thursday, 22 october, in the framework of its 41 festival Crue-TIC Prize to the General secretariat of Digital Administration (SGAD) Ministry of Economic and Digital Processing '' institutional Path

The General Secretariat of Digital Administration (SGAD) has signed an agreement with Crue Mutual delivery of basic E-government which gave access to all universities in the media and digital common services. The agreement has enabled universities to align their strategic plans with regard to the digital processing lines drawn from the SGAD Crue-TIC. For this alliance has generated much added value to the university community.

The prize, awarded in the category of ‘ institutional Path ”, by "its role in the digital processing of public administration and its collaboration with Crue Spanish Universities". The secretary-general of the SGAD, Juan Jesús Torres Carbonell, received this award. 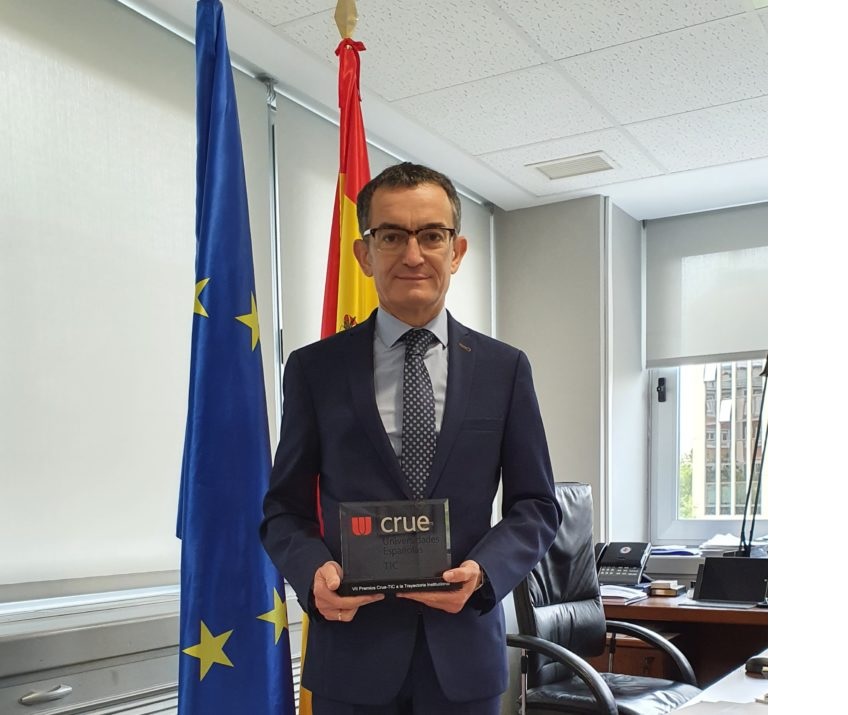 On the other hand, and in coordination with other ministerial departments, accounts for the exercise of the actions arising from the plans of action for the implementation of the national and international strategies in the field of digital transformation.