PAe - what level of digitisation has europe in relation to other important global economies?
accesskey _ mod _ content

What level of digitisation has europe in relation to other important global economies?

The international Índice Digital Economy and society (I-DESI) provides an overall assessment of the situation of the european union, compared with the economies outside the eu, in its progress towards a society and digital economy.

The eu member states, in general, obtain good results compared with the non-eu countries, in addition, the major eu countries are among the best play globally: six Eu member states were in the top ten "". However, the eu average masks important differences between the Eu member state most advanced and less advanced, as demonstrated by the often wide gap between eu member states "top and bottom" "" I-DESI tables. 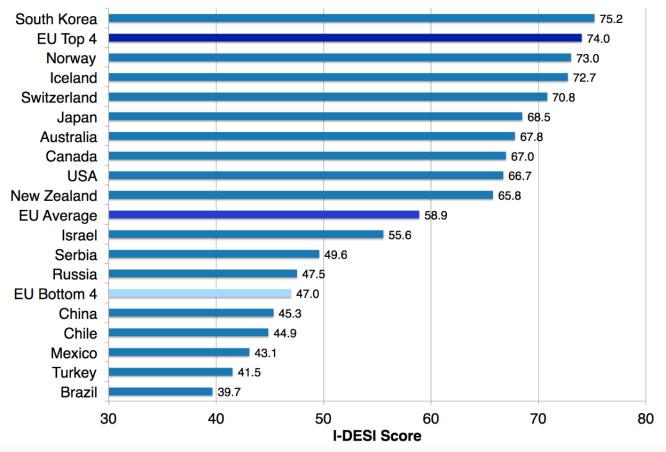 On average, the eu countries did well, in connection with the 17 non-eu countries, in terms of connectivity, and in terms of skills and the use of the Internet by citizens. The results of the eu in terms of integration of technology by businesses was also placed at levels similar to those non-eu countries for the first time since 2013. However, public services are the only digital dimension in which the eu member states have always been less satisfactory than their counterparts to 17 outside the eu in I-DESI.

Looking at the period 2013-2016, all eu member states have been progressing steadily in the adoption and use of digital technologies. However, the Eu as a whole has not succeeded in closing the gap with the united states, South korea and japan. 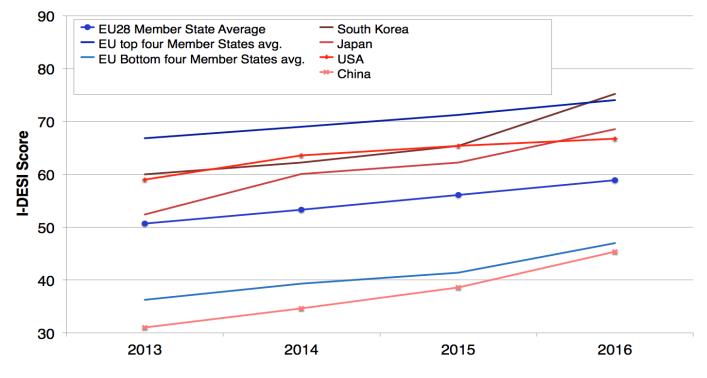 For every dimension, the results are presented for the whole UE-28, as well as for the four states with better and worse results (are not necessarily the same in each category). The 17 countries not members of the eu are Australia, brazil, canada, Chile, China, iceland, Israel, japan, mexico, new Zealand, norway, russia, Serbia, South korea, Switzerland, turkey and United states.

Denmark, leads the overall I-DESI, with a score of 75.9. This country was also was the first classified in the year 2016 EU28 DESI.

The main country outside the eu, second 45 countries studied, it is South korea.

Serbia reported the largest increase in the performance in I-DESI, which increased their percentage in 75 per cent between 2013-2016 and increased since the last place among the 45 countries analysed the 34.

The digitization of public services (e-government) is the only dimension in the eu member states to be played on average less than its 17 non-eu counterparts. Nine of the 17 non-eu countries, including south korea, United states and Japan, obtained a score higher in 2016 that the eu average.

However, spain according to the results of DESI 2018, forms part of EU Top 4. 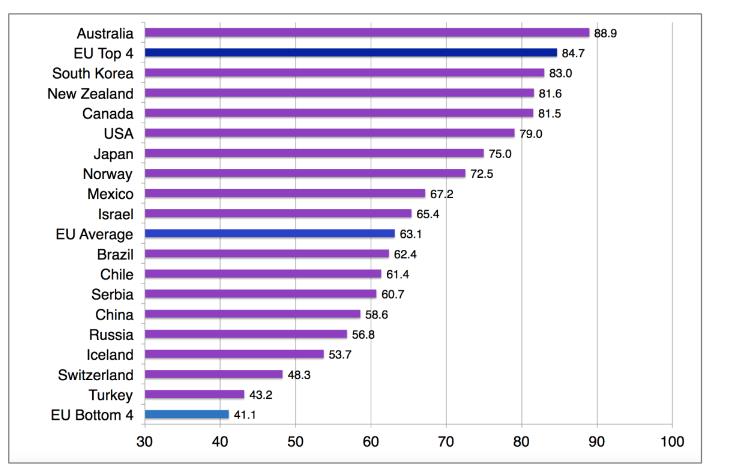 Figure 3: standardized ratings to the dimension of public services in 2016