Significant increase in transmissions through the platform for Brokering

The total number of data transmissions SVD made through the intermediary platform has continued to increase during the first quarter of 2018, with a spectacular, as can be seen in the month of march. Discounting the targeted effect last year shows that the sustained trend of growth is unstoppable. 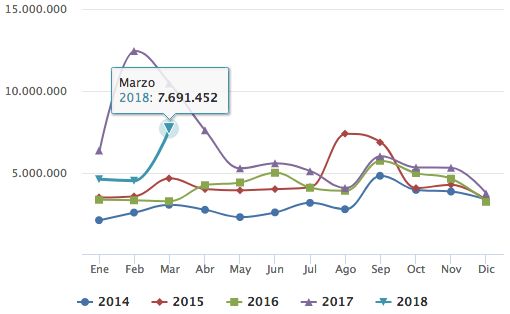 This marked increase is attributable largely to the increase experienced by the data transmissions made to the directorate General of the land where you can appreciate a large increase over the average being carried out during the previous year, more than 150,000 per month, and that in the month of march rose to almost half a million consultations dealt with, as noted in the figure below. 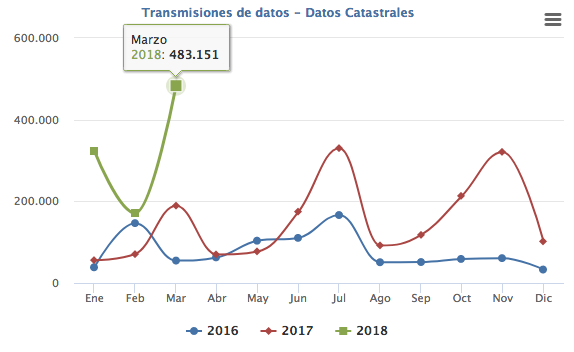 Figure 2. Record of the General direction of the cadastre in march

Have exploded in the number of data-intermediated securities should be integrated through two other bodies such as the treasury of Social security and the ministry of justice. In the latter case has more than doubled the number of the previous month coming to overcome the million broadcasts only in the month of march. 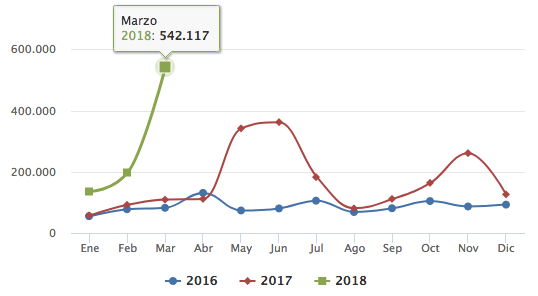 The increase of e-services available in the first quarter of 2018, as well as the remarkable increase in the number of intermediated transmissions, continue to uncover the effort and the capacity of public administration to provide a better service to citizens.

For more information on use of available indicators DATAOBSAE platform and Solution -SVD PID of the PTT.