The fortress in digital utilities pushes the progress in spain in Índice of economy and Digital Society (DESI) 2016, developed by the european commission

Spain is contained in the group of countries whose score grew faster in the past year, and in the post of the eu, which is a rise in two points, particularly through its strength from digital public services, which is located at the 5th place, according to the DESI 2016 published by the european commission.

The Índice of economy and Digital Society (DESI)

it is a composite index by five digital performance indicators of europe and to monitor the evolution of the states members of the european union in competitiveness. These five indicators are connectivity, human capital, use of internet, integration of digital technology and public services.

summarizes the data collected in 2015 and shows that both the european union as a whole, the member states are progressing towards a society and digital economy.

contained in the small group of half a dozen countries (together with croatia, italy, latvia, romania and Slovenia) whose score grew faster in the past year and which shows more rapidly than the european union as a whole, so that it is ranked number 15 of 28 member states. 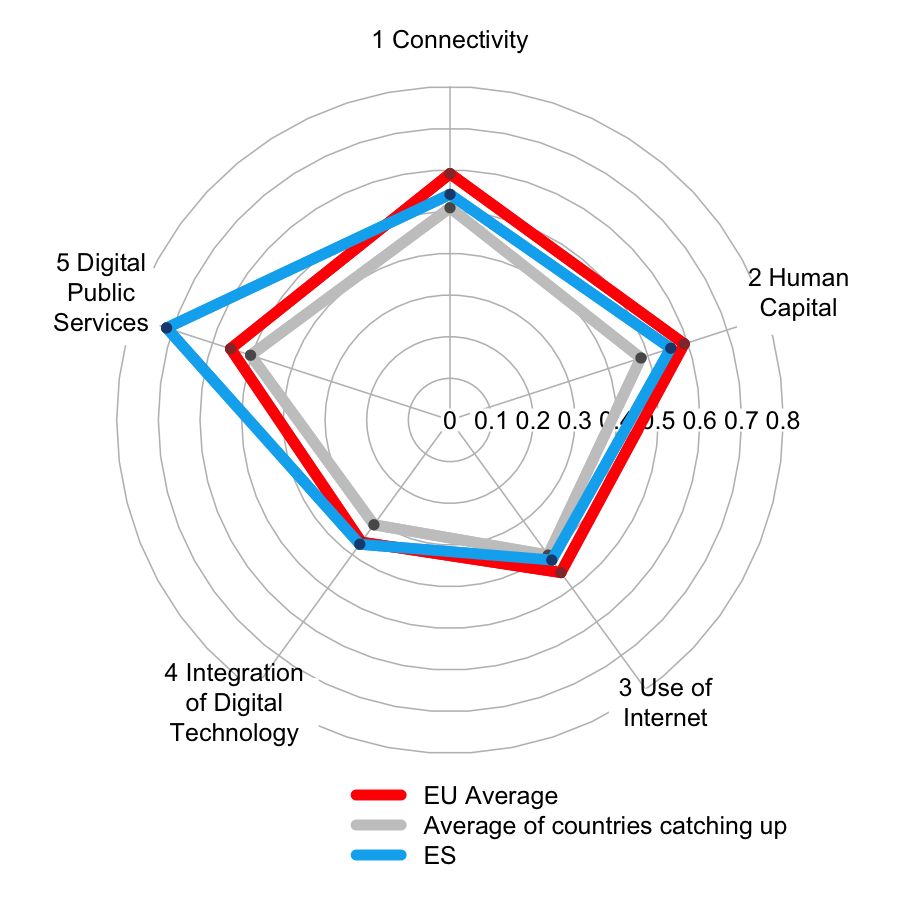 However, the european progress has slowed. This setback has happened in 4 of the top five dimensions DESI; only the dimension of integration of digital technology has accelerated its growth. However, Member states

have levels of development and different speeds.

During the year 2015 spain has improved or maintained their performance in all areas measures by DESI fast approaching, the eu average. In particular, according to the DESI 2016, Spain:

In fact, according to this indicator, spain is located in fifth place in the eu.

We also include the following particular aspects that contribute to this strength in utilities digital part of Spain:

The DESI is structured around five dimensions

Press release of the European Commission