Study of the maturity of the open data in europe

In the framework of the project of the new data Portal european open, has developed a study discussing the level of maturity of the initiatives of open in member countries of the european Union. 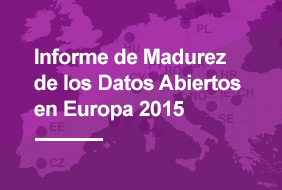 In the framework of the new project Open data Portal european

open database in member countries of the european union, together with Liechtenstein, norway and switzerland (UE28 +).

This study, which would be developed on an annual basis, intended to be knowledge base to provide a network of experts of european leaders, to deepen the activities taking place at the national level and to identify areas of common ground to provide support and specialist support.

In order to identify the level of maturity of the country provide key indicators, which included various sub-indicators. These metrics are addressed to assess both the status quo of national policies open database as the different characteristics of the open data portals of each country. The first, relating to aspects connected to the availability of open appreciates different aspects related to policy open data in each state and the extent to which each country develops to measure the social and economic impact of the reuse of data.

The second indicator, addressed to analyse concepts level of maturity of portals open database it measures the usability of platforms in terms of functionality, ease for the reuse of data and ability to access data from different sectors.

In accordance with the results of this first edition of the study of UE28 + participants, 87 per cent of them already have a data portal is open, with the exception of latvia, Liechtenstein, luxembourg, Malta, two thirds have a policy of open integrated into its national legislation. However, only 44 per cent had achieved an Optimum level of maturity in their culture open database . The study shows that there are still major discrepancies between the member states, since only 32 per cent of the united policies are consolidated with specific laws that are active in promoting the reuse of information at the state and local levels.

From the conjunction of the above indicators has created a ranking of the efforts of the open database in europe where countries are classified in one of the following three categories depending on their level of maturity:

Thus, according to the data collected in the study, seven of EU28 + (25 per cent) are located in the positions of lower ranking (Beginners), while the mitada of member states, 14 in total, have been classified as Followers (50 per cent) and only ten nations belong to the group of leaders “ Trend Setters ” (35 per cent) of the open sector in europe. 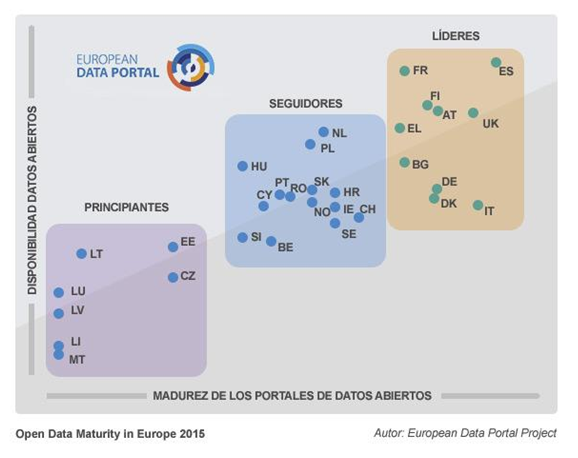 As shown in the chart above, Spain is included in the group of leaders of the european framework to achieve the highest scores in both indicators. The results indicated that the national open data has reached an optimal level of maturity and can serve as an example for other nations that are working to improve their actions open data.

Finally, the study also includes a set of recommendations to help countries to reach maturity in their policies open database; between suggestions include: