The National Strategy of cybersecurity 2019 establishes the position of spain to a new concept of security in the framework of the National security policy.

The National Strategy of Cybersecurity

published in the BOE of 30 april 2019 develops the forecasts of the national security strategy 2017 in the area of cybersecurity, according to the general objectives, the objective of the area of cybersecurity and the lines of action set out to achieve this. Will respond well to the mandate of the national security council of 16 july 2018 published in the BOE of 10 august. 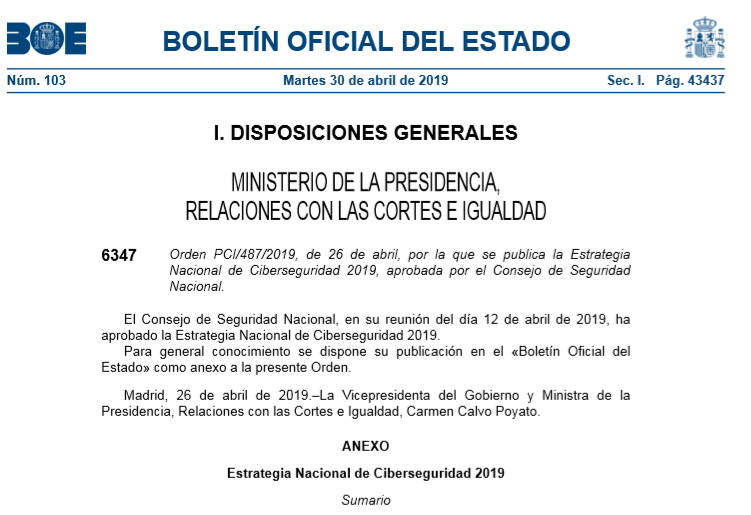 Since the issuance of the strategy of 2013 has settled the governance of national cybersecurity and the National Council of cybersecurity, support body of the national security council, one of its pillars; the legal framework has evolved with milestones as amending the national security to ensure the security of the public Sector, published in november of 2015, the entry into force of the royal Decreto-ley 12/2018, of 7 september, network and information systems, which transposes to the spanish legal system the directive (EU) 2016/1148 (known as Directive NIS), and the promulgation of act no. 36/2015, of 28 september, the national security council which covered the cybersecurity as an area of particular concern.

Subsequently, the national security strategy 2017 has consolidated the fact that security should occupy a niche for themselves and differential treatment, taking into account both the impact of digitalisation as a force for change with implications for cyber security beyond the merely field for the protection of technological heritage in the political, economic and social council, such as the nature of cyberspace as a vector of strategic communication, which can be used to influence public opinion and in the way of thinking of people through the manipulation of information, misinformation campaigns or hybrid nature.

The strategy is structured into five chapters.

Chapter 1 “ cyberspace as global common ” presents opportunities and challenges of cyberspace and digital infrastructure describes the inherently international approach to their safety and describes the main features of the new concept of cybersecurity in Spain.

Chapter 3 “ Purpose, principles and objectives for cyber security "is set forth the purposes and principles governing the strategy (unity of action, anticipation, efficiency and resilience), as well as the objectives, one general and specific five are transversal to all areas. 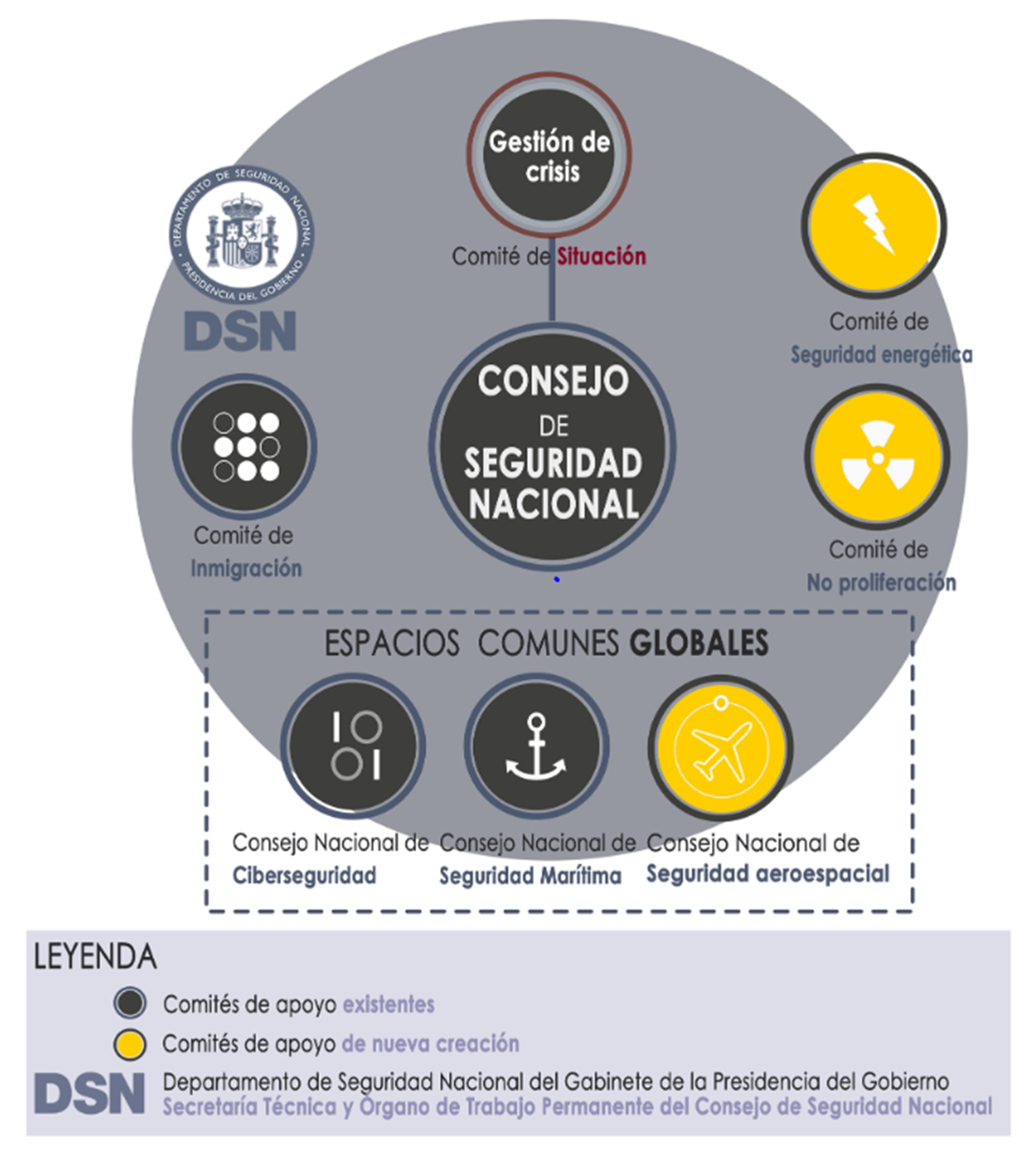 in which, moreover, its holder is the Vice-President, and also for his leadership role, in close collaboration with the CCN

in the development process National security scheme (NHIS) , and the promotion of common and shared services in particular shared service managed security materialized in the From the AGE of Cybersecurity