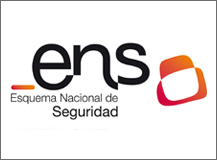 All public bodies, as item 35 del RD 3/2010, load your data for the preparation of the national report of the state of The Security Council of the public administrations in the process of finalizing the collection on 15 november.

On 15 november 2015 concludes the collection of data for the preparation of the report of the state of the security council of the public administrations, as set out in the Royal Decree 3/2010 which regulates the national security (ENS) and, all public bodies.

The royal decree, article 35 points to the need for regular “ know the status of key variables of security in information systems referred to in the present decree, in a form which enables general profile of the state of security in the public administrations ” to that end, public authorities must access the platform INES, active in the portal del CCN-CERT ( www.ccn-cert.cni.es

), which should have been previously registered in their private party.

Another option is to use the tool PILLAR for risk analysis of information technology (also available on the portal del CCN-CERT), whose results are automatically loaded in INES.

INES is the online services provided by the centre National Cryptologic (CCN) for the collection of information and analysis of indicators on the status of implementation of the TEAMS in the various AAPP whose guest and is based in the guide CCN-STIC 824.

User Manual of INES
In order to facilitate the introduction of data relating to a public agency, the NCC has made public their Guide CCN-STIC 844 user Manual of INES, available at the portal del CCN-CERT. This provides an overview of the system, the way to gain access to INES, the user interface, the structure of the fact card and two explanations of how to enter values manually or import values from PILLAR in XML. A scorecard and a more freguentes questions (FAQ) complementing the substance of this guide.