Are six months of rows in the data Brokering, in line with the trend marked since the start of 2019, which already in the first quarter broke all records in the number of data transmissions. The PID garnered thus two consecutive quarters with record of broadcasts. 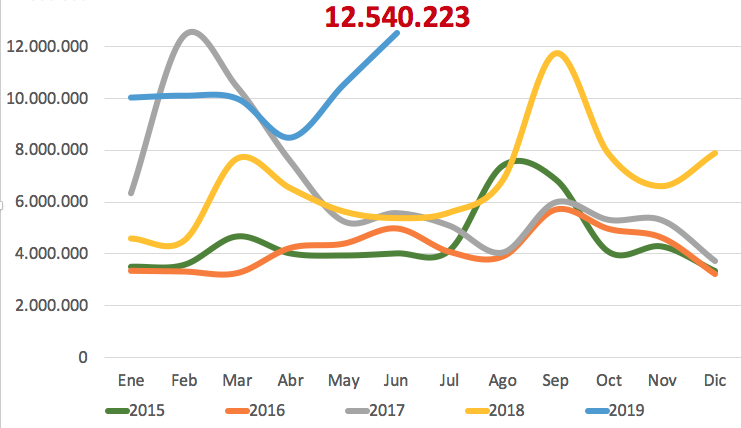 At the beginning of the year, there was a significant increase in the number of transmissions bend almost month to month monthly data accumulated over the previous year. 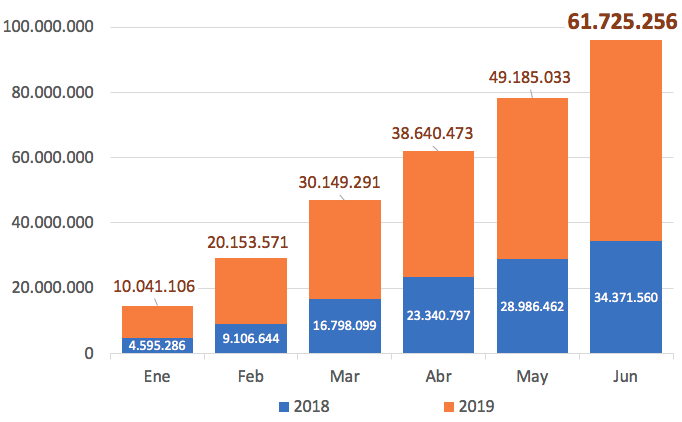 This first quarter meant not only the best year's boot on the number of transmissions Platform global since its launch in 2007, but also the best quarter of its history: never be exceeded the 30 million transmissions in a calendar quarter.

Now the month of June has also become the month with the highest number of data transmissions of the history of the brokerage Platform. A month traditionally “ transition ”, as can be seen in the series of recent years, has experienced in June 2019 a significant rebound to more than 12 million transmissions, more than double the processed in the same month in previous years. 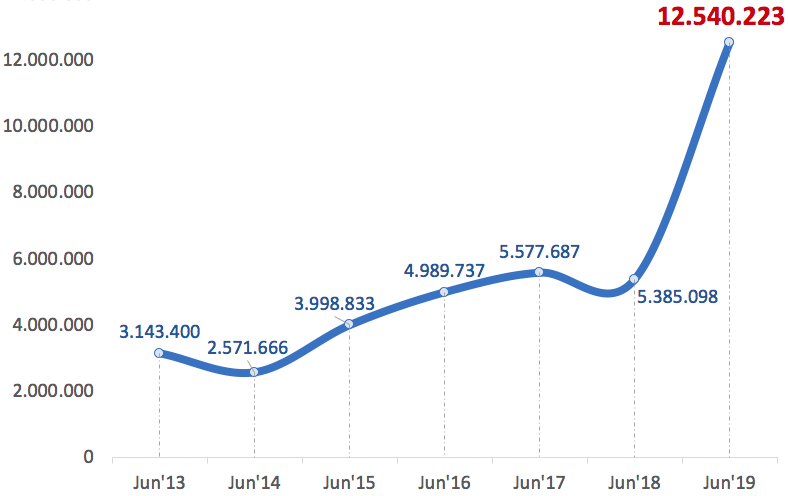 The work of constant improvement in the platform have enabled not only with a higher number of transmissions but improve response times of the platform so that the capacity of growth and demand management changeable is guaranteed. Proof of this is that in the first half have become to outperform the ten million monthly average, well above the more than six million average of the previous year, already the best year of the platform to date, with more than 80 million broadcasts. The data gathered at this stage, with little more than half a year, is close to beat the total 2018.

As already mentioned in the first half almost bend month to month monthly data accumulated over the previous year. It is estimated that the trend will continue for the whole year therefore the forecast at the end of 2019 is easily surpass 120 million data reported through the intermediary Platform of data, which will include an increase in nothing less than 50% on the 2018.

Finally, in a detailed analysis of the data also shows a steady increase in all dimensions and indicators of the system — user agencies, services, procedures and authorizations, etc. — which guarantees a future use increasingly broad and deep of all the capacity that offers the brokerage Platform.

More information in the PID-SVD solution the CTT

More indicators on the platform of intermediation in DATAOBSAE